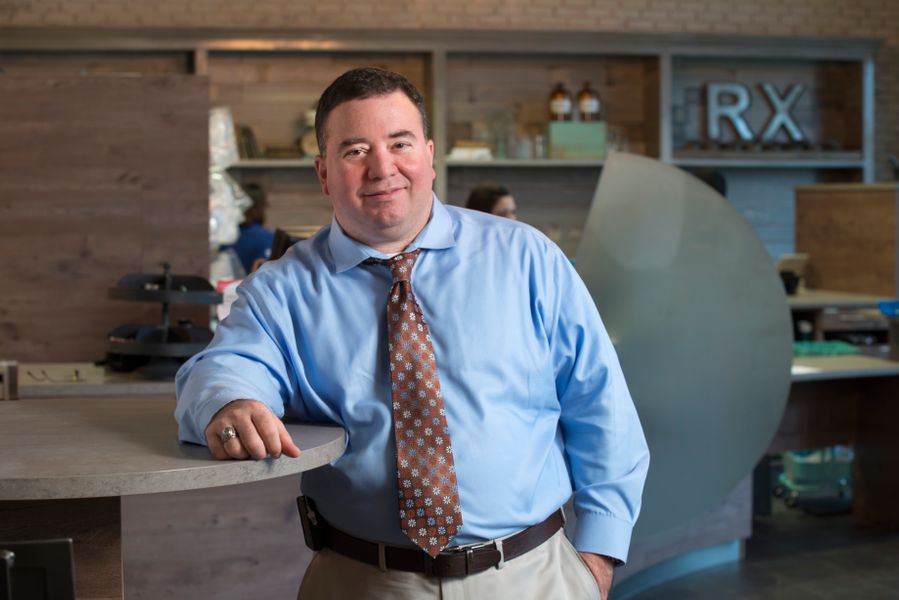 Rene graduated from The University of Texas College of Pharmacy in May 2003. Since his graduation he has concentrated his efforts on improving community pharmacy. Starting with S&S Pharmacy, he has tried to make his stores a place where people enjoy having their prescriptions filled. When Rene is not working, he loves spending time with his wife and daughter. He is also active within his pharmacy profession and served as: 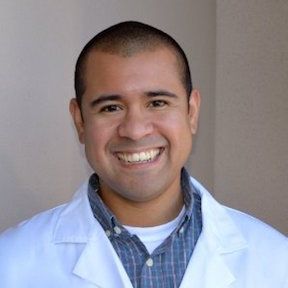 Andy attended The University of Texas at Austin for 2 years prior to entering the University of Texas at Austin College of Pharmacy where he earned his Doctor of Pharmacy in 2008. After completion of his Doctor of Pharmacy, Andy assisted in the design and implementation of the first combined Master of Science in Pharmacy and Community Pharmacy Residency. He was also the first trainee of this American Society of Health-System Pharmacists (ASHP) accredited residency. After completion of the combined Master of Science/Residency Program, Andy joined an independent pharmacy in San Antonio,Texas where he was the Wellness Director and Pharmacist-in-Charge of a closed door specialty and home infusion pharmacy. In May of 2011, Andy moved to Austin and soon after assumed his role as business partner and Pharmacist-in-Charge at Stonegate Pharmacy. As President, Andy oversees all operations of Stonegate Pharmacies.

Andy enjoys teaching at the academic, interprofessional and intraprofessional level. At the University of Texas at Austin College of Pharmacy Andy teaches both elective and didactic courses as an Adjunct Assistant Professor. Dr. Ruiz also serves as an Adjunct Assistant Professor for Midwestern University College of Pharmacy, and faculty preceptor for Incarnate Word University Feik School of Pharmacy. In addition, Andy lectures for various chemicals companies on Hormone Replacement Therapy for Men and Women. He is also a Fellow, and serves as an instructor, for the American College of Apothecaries where he teaches advanced courses in Men’s and Women’s Health.

In 2010, Andy published his original research on Bioidentical Hormones. Prior to 2010, Andy published original research on Infectious Disease. Andy served on the Board of The International Academy of Compounding Pharmacists (IACP) Foundation and served as the Foundation’s Research Committee Chair. Andy is currently a member of the National Community Pharmacist Association (NCPA), Texas Pharmacy Association (TPA), American College of Apothecaries (ACA), and Alliance of Independent Pharmacists of Texas (AIP). Andy is also active in research and his current research is focused on the safety and efficacy of various routes of administration for Bioidentical Hormone Replacement Therapy in menopausal women. He hopes to start a new study on the utility of sublingual hormone replacement therapy. 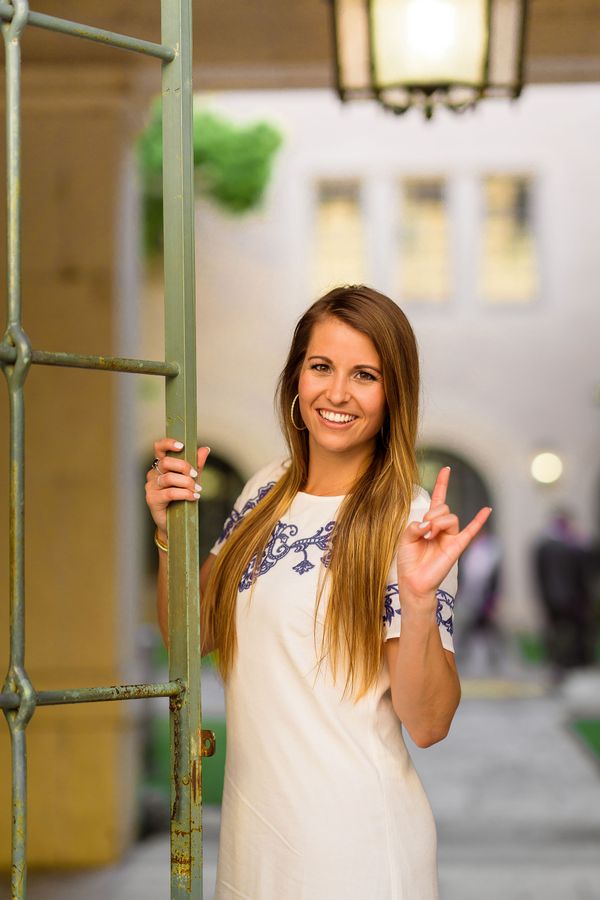 Sydney attended pharmacy school at the University of Texas at Austin College of Pharmacy where she received her PharmD in 2019. With many years of community pharmacy experience as a technician and as a pharmacist intern, Sydney is focused on bettering the community and helping patients live healthier lives. Sydney started as a pharmacist at Stonegate Pharmacy in 2019, but has worked at the pharmacy as a technician while she was attending the University of Texas at Austin during undergrad in 2015 and later as a pharmacist intern in 2016. Sydney aims to continue to grow Stonegate Pharmacy in its research and development efforts to advance compounding pharmacy to more effectively deliver therapeutics to improve patient outcomes.

Outside of work, Sydney enjoys spending time with family and friends, working out, attending Texas football games and traveling any chance she gets. 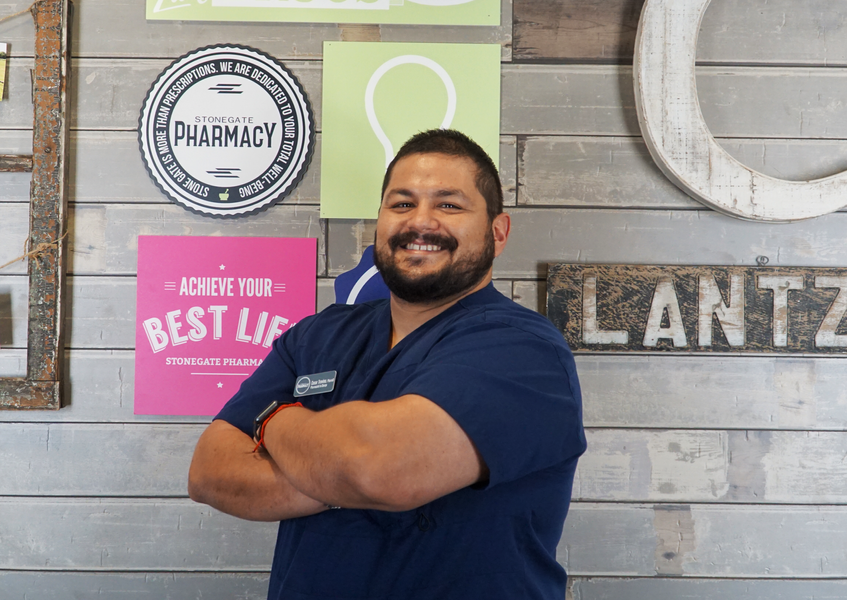 Cesar Trevino, Pharm.D., B.S. graduated from the University of the Incarnate Word Feik School of Pharmacy in May of 2013 with his Doctor of Pharmacy. He was honored as only the 3rd graduate ever to receive the FSOP Dean’s Pinnacle Award. He was born in Laredo, TX and was raised in Zapata, TX. He came to San Antonio in 2002 to attend University of Texas San Antonio where he graduated with his Bachelors of Science with a major in Biology. Cesar is fluent in both English and Spanish, and holds a certificate of Pharmacy Education in Spanish from UIW FSOP. He is also an APhA certified immunizer and has experience with vaccinations ranging from the influenza vaccine to the varicella zoster vaccine. 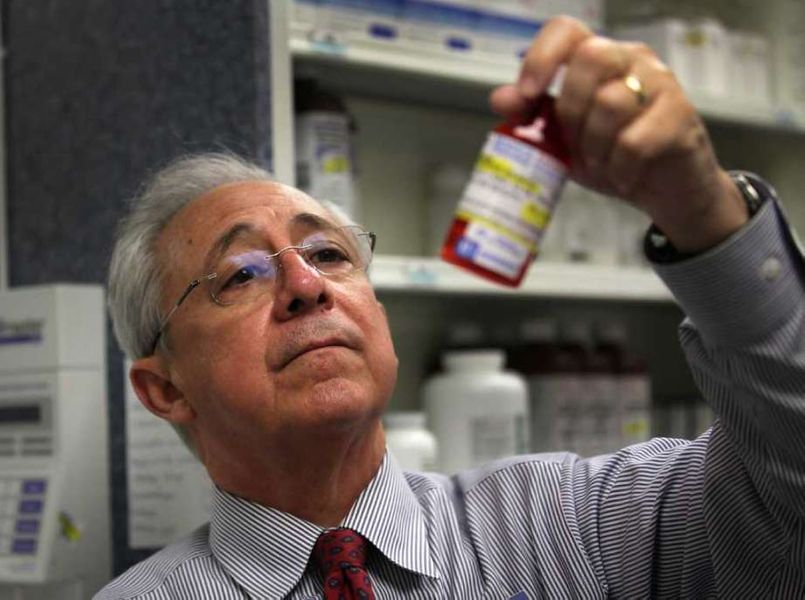 Mario graduated with his B.S. in Pharmacy from the University of Texas at Austin in 1972. With a wealth of knowledge and experience Mario, joined Stonegate Pharmacy in 2015 after 10 years of successful ownership and management of his namesake, Mario's Pharmacy. Mario remains a pinnacle of leadership at Stonegate's San Antonio location and brings with him a dedicated team of experienced Pharmacy Technicians that have been by his side since 1998. Mario is known for his personable and caring demeanor. His patients quickly become friends and he is dedicated to serving his community. Mario also serves as a preceptor for the University of Texas and enjoys spending time with his wife, Esmeralda, their 3 children, Mario Jr.,Marisol & Cristina, and their 2 grandchildren, Alexander & Isabella. 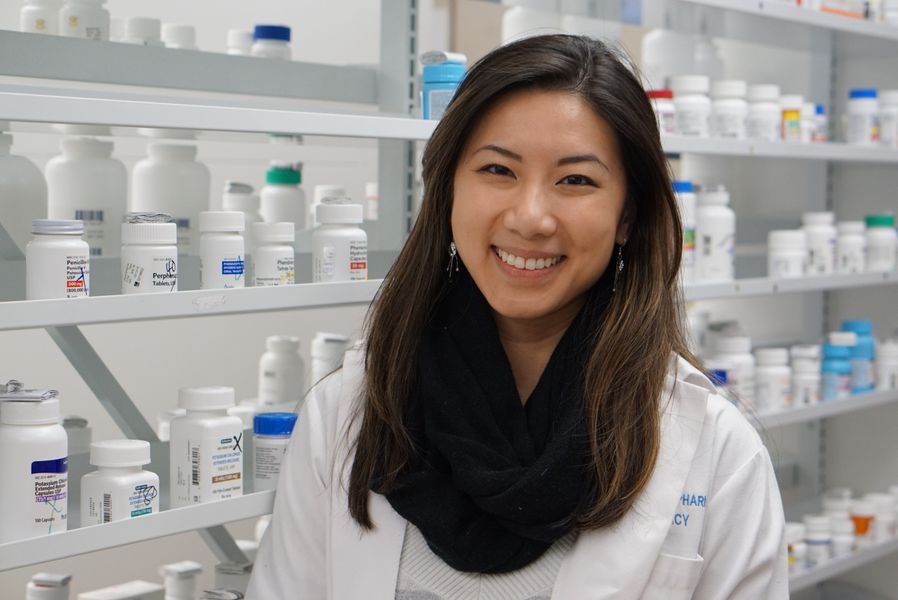 Wendy Zhou, Pharm.D., graduated with Honors from the University of Austin College of Pharmacy in 2017. She was raised in Sugar Land, TX, attending University of Austin for her undergraduate studies. She has been working with Stonegate Pharmacy since 2012, first as a pharmacy technician, then as an pharmacist intern, finally as a pharmacist in 2017.

Outside of work, Wendy is involved with Austin Pets Alive! as both a volunteer and a foster parent. She loves working with cats and has 2 of her own. She also enjoys reading, binge watching TV shows, and playing games. 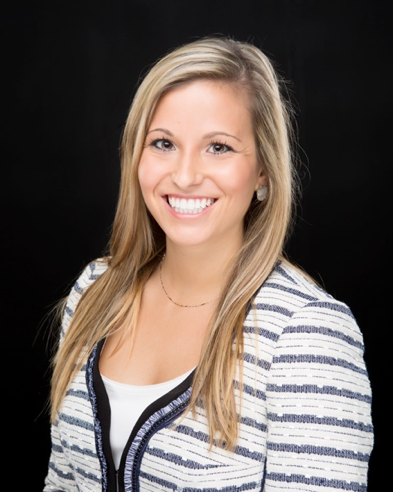 Kiersten Tippet, Pharm.D. graduated from the University of Texas at Austin College of Pharmacy in May 2019. She was one of three others in her graduating class to receive the College of Pharmacy Award for Exemplary Leadership. She was born and raised in Colleyville, Texas, and attended the University of Texas at Austin for her pharmacy prerequisites. She has been working at Stonegate Pharmacy with her twin sister, Sydney since 2015 as a pharmacy tech, pharmacist intern, and now as a pharmacist. She is currently working on obtaining an HRT Specialist designation.

Outside of work, Kiersten enjoys spending time with her husband and two golden retrievers, cooking, traveling to new destinations around the world, working out, and volunteering in the community. 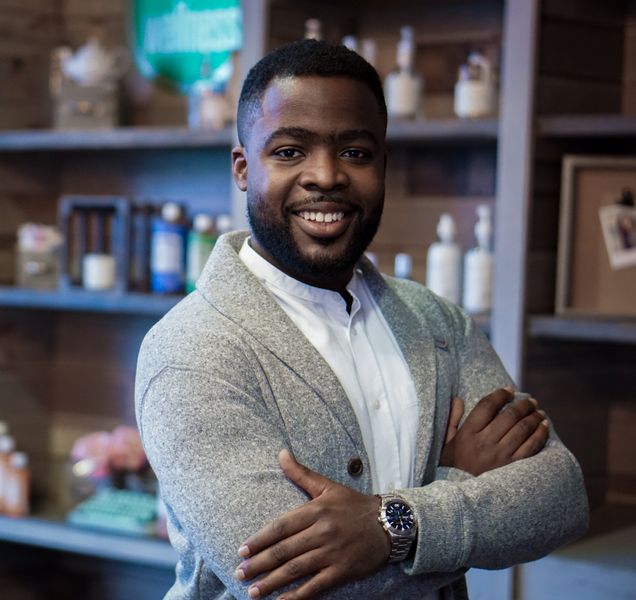 He moved from Colorado to Texas for pharmacy school and began working with Stonegate Pharmacy, initially as an intern and eventually as a pharmacist.

Ralph's love for research enabled him to participate in ground breaking work which was recognized on the national level at pharmacy conferences and later published in peer reviewed journals.

When not at work, you can find him either travelling, at the gym, going for a run/hike, and most importantly looking for the next best place in town to try a foreign cuisine. His love for gastronomy makes him dream of one day owning a food truck. 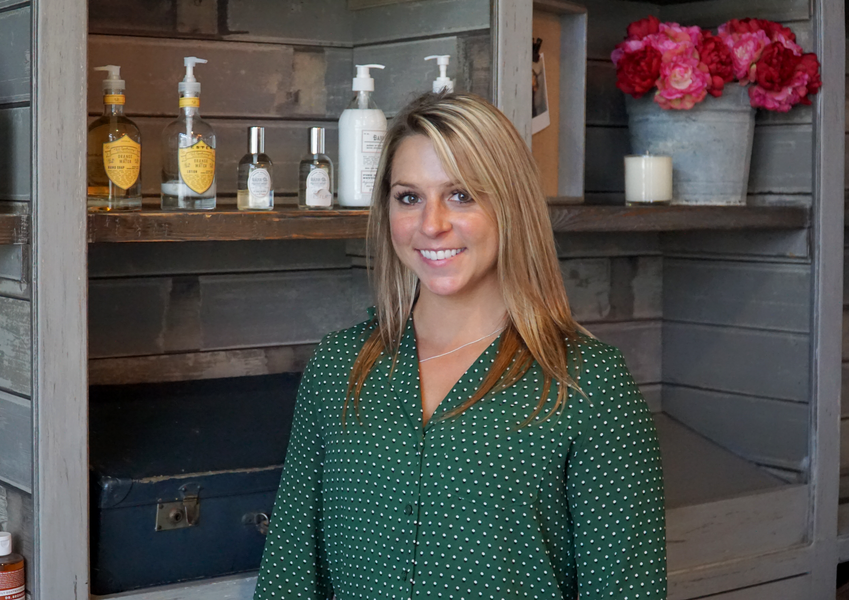 Hannah Smolik, Pharm. D., Graduated from the University of Charleston West Virginia with her Doctor of Pharmacy in May of 2017. She was born and raised in San Antonio, TX. After pharmacy school she ventured west to Colorado Springs for 4 years where she became the manager of a compounding pharmacy. After marrying her husband, also born and raised in Texas, Hannah and Corey decided to be closer to family and friends, so they made the move back to San Antonio. Hannah is a very knowledgeable pharmacist and loves the wonderful world of compounding. She also specializes in Hormone Replacement Therapy, providing hormone consultations, and working with doctors to achieve the best patient outcomes.

Outside of work you can find Hannah and her husband two stepping, playing with their two dogs and cats, and grilling outside by the pool. 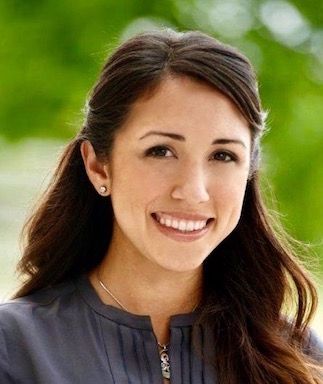 Jessica has worked in a variety of health care organizations and achieved successive promotions due to her work ethic, integrity, knowledge and responsibility. She has continuous devotion to community health across the lifespan and quality of care initiatives. In 2013 she was nationally certified as a Nurse Executive, Advanced, by American Nurses Credentialing Center. She served on Texas TEAM, a state action coalition to promote the Future of Nursing Report from the Institute of Medicine. She also served as the Diversity Champion for Central Texas with the Texas Nurses Foundation APIN II Grant. Jessica was appointed to a Texas Board of Nursing Taskforce to study implications of the growth of nursing education programs in Texas and long term care nursing staffing.